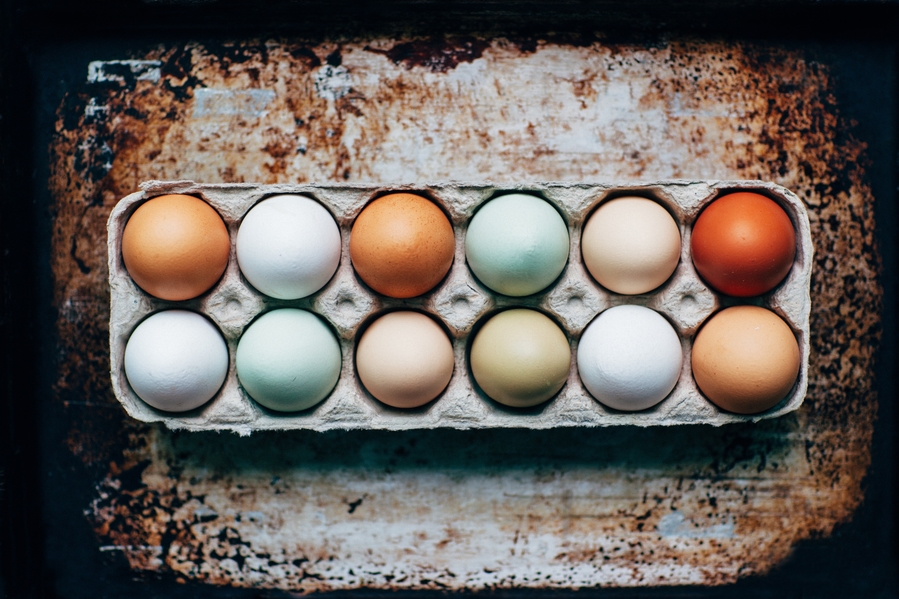 During the Easter holidays global egg consumption is skyrocketing. In the US an incredible 2.7 billion eggs are consumed each year, with its peak demand (not surprisingly) to be reached during Easter period. When boiling your eggs for a larger group of friends or family, it’s a ‘hell of a job’ to keep all your guests satisfied. One prefers his eggs really runny, another person likes it solid or somewhere in between. My freshly developed app ‘Multiple eggs timer’ comes to the rescue! The app sets a separate timer for each desired softness. The size of your eggs (which increases the boiling time substantially), whether or not your eggs come from the fridge and also the altitude at which you are cooking are taken into account by the app. That last factor plays a role when you are preparing eggs high up the mountains. The boiling point of water decreases there, which obviously increases your cooking time.

The idea for the app came up on our last skiing holiday in January in Val Thorens (2400 meters above sea level). After returning home I started nosing about on the web, only to discover that obtaining your perfect eggs is absolutely no ‘piece of cake’. It turned out a Norwegian physics institute even did some serious research on the subject. They even published a paper with the rather intriguing name ‘Kunsten å koke et egg’. Their (somewhat ‘tweaked’) formula formed the base of the app.

A ‘newbie’ at the Appstore

‘Multiple eggs timer’ also was my ‘baptism of fire’ at Apple’s App Store. To be totally honest, I didn’t really looked forward to this whole trajectory (to put it mildly). In hindsight though, it was less complicated as I feared beforehand (though one tends to forget about all struggles, haha). After building a first version of the app, I published my app at Apple’s test platform Testflight, so close friends could give me their blunt opinion. Because you already deliver your app to external users, Apple will review the app. They check a lot of things like performance, design, privacy etc and the whole process took about 2 days, after which Apple’s verdict turned out to be positive. After 2 weeks of testing (and increasing cholesterol levels with my friends due to all testing), the app was ready for publishing. Itunes connect is the platform for that purpose and you need to make all kinds of decisions like where you want your app to be available in the world, what keywords to choose (at which you can be found by your users), etc. Because the app is available in 4 languages (English, German, Spanish and Dutch) I had to deliver all additional App Store information in those languages. And that applied for the name of the app, the chosen keywords and the screenshots for instance. After providing all info, the app again is reviewed, but this only takes a short while.

And then, all of a sudden your app is available in the App Store. A small milestone personally, because I know how much blood, sweat and tears (and also satisfaction) it has cost, since I started programming some 2 years ago.

It’s been 2 weeks since. Obviously you can’t take for granted that your app will be picked from the sheer amount of apps in the App Store spontaneously. That’s why I tried to influence fate in other ways. With Easter Holiday as a good focussing point, I made a press release, mailed friends and other people in my network and I started commenting on third party blogs about cooking eggs (and there are a lot out there!). And then I had to wait. It easy to monitor the number of downloads in Itunes connect (with a delay of one day). And this is, to understate it, ‘a rather addictive activity. The first highlight occurred on day 2 when the app hit #2 of paid apps in the category ‘Food and Drink’. Easy come, easy go, because the following days the app slowly descended to the ‘dungeons of the App Store’. A good moment for new marketing efforts. And with a fast result, so it turned out. The last 2 days ‘Multiple eggs timer’ is the proud number one of paid downloads in ‘Food and Drink, at least in my home country, The Netherlands! And of course the ultimate goal is the app will be downloaded by people all over the world and not only by friends and family. From the statistics presented by itunes connect, it’s difficult to tell who downloaded the app. At least, until I saw that someone from Chile bought the app. I do not know people from Chile (I’m quite sure), so I think it’s save to conclude this is a ’spontaneous download’. And to me it’s a nice thought that coming Easter weekend an unknown fellow from Santiago might be boiling his eggs with my egg timer!

Want to check it out? Here a link to the app in the App Store.